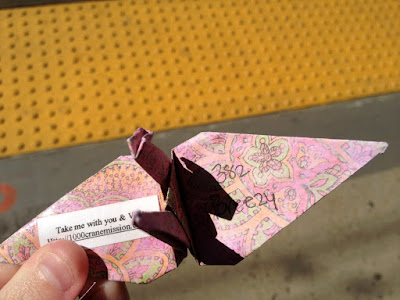 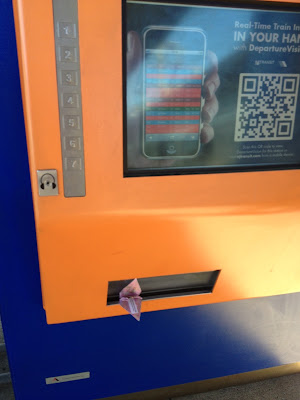 I will have to admit, I was not feeling very breezy when I placed this crane! I was on my way up to New York City to see a play on Broadway when our train stopped. Apparently there was some sort of signal problems slowing down trains in both directions. Now if you want to throw a bunch of people into a tizzy, slow down a train headed into the City. After commiserating with other passengers and exiting the train, I walked around with people trying to find alternative routes into the city. It was nice to see the camaraderie though between passengers though, sharing stories and information to people they wouldn't normally have been talking with. Long story short I ended up meeting several lovely people and waiting for the next train into New York to come around.
Posted by Sandy at 5:25 PM