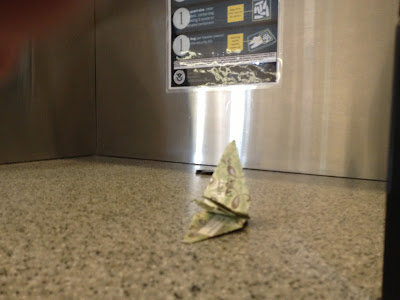 I think this has to be, hands down, the nicest airport terminal I have ever been in. I've been to Phoenix a few times, but have always flown into Terminal 2. Terminal 2 is better than most airport terminals. However I did not know what I was missing until I flew into Terminal 4. I kid you not, this terminal was nicer than my local mall. It was classy, had tons of awesome shops and even had gorgeous little sitting areas. I think I might be sticking to flights that bring me through Terminal 4 from now on! I was feeling a little sluggish from my lunch at the Cornish Pasty Company a short distance away. (If you get a chance to eat there, take it. Definitely one of the best pasty places I've ever been to, including the ones in England!)
Posted by Sandy at 10:27 PM