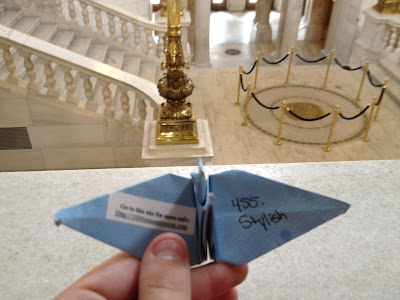 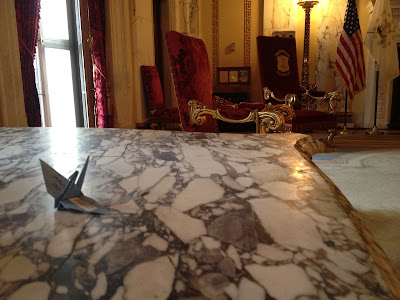 I learned quite a bit about Rhode Island on the tour I took of the capitol building. I can't say I knew very much about it before, but now I definitely know more than when I started! Rhode Island, it is believed, was named by Giovanni da Verrazzano as he said it resembled Rhodes in Greece as he was (believed) to be passing what is now named Block Island. Additionally Rhode Island's proper name is Rhode Island and the Providence Plantations, the longest state name in the United States.
Posted by Sandy at 5:14 PM